You’ll get games like this, it happens, but it is important to be able to keep a clean sheet, get a point on the board and move on to the next match.

Senior Professional Development Coach Richard Beale felt his Blues side were deserving of at least a point after seeing them held to a goalless draw by Coventry City on Friday afternoon.

Blues' had the better of the chances in the PDL fixture at the Ricoh Arena, but were unable to convert their opportunities into goals on what was a difficult playing surface.

The best of those openings fell to Odin Bailey who saw his effort rebound off the post and Olly McCoy who spurned a one on one chance with the 'keeper.

“I thought we were the better team going into the break, not a lot of chances were created but I felt the ones that were fell to us," said Beale.

"We had a really good chance just before half-time with Olly (McCoy) and he did everything right in the build-up but was unfortunate not to be able to finish it off, if that goes in then we might have come away from here with all three points.”

”It was a very bitty game, Odin (Bailey) had a good chance, he hit the post, but there wasn’t too much in it," continued Beale.

"You’ll get games like this, it happens, but it is important to be able to keep a clean sheet, get a point on the board and move on to the next match.

"Everyone has put a shift in today and that’s the real pleasing thing.

"We had a schoolboy out there in Jude Bellingham, and 17-year-old Kyle Hurst came onto the pitch in the second-half.

"Games like this are valuable and a vital part of the younger ones' learning experience as they start their careers in football.

“We’ve got five games left, and we’ll go out to win all those games, like we have all season and see where that takes us.” 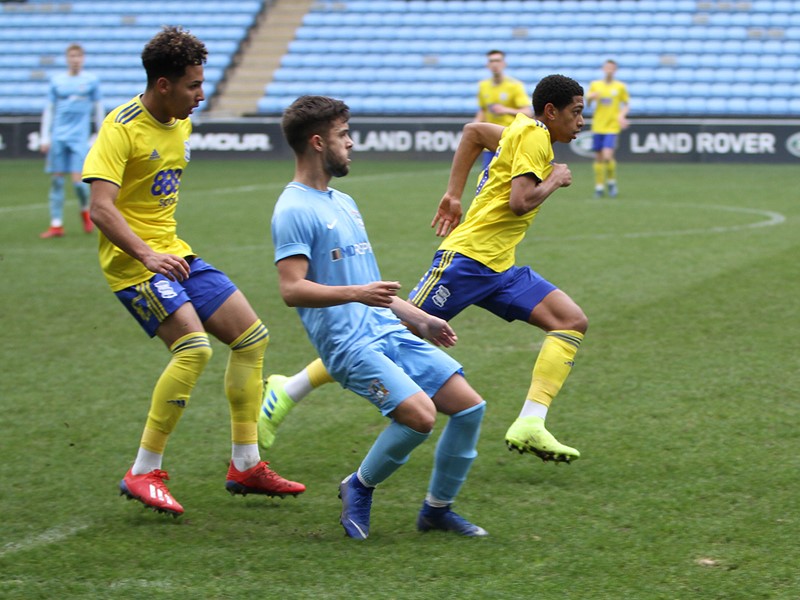