Blues' record-breaking captain, Kerys Harrop reflects on the win against Liverpool and looks ahead to Sunday's Conti Cup tie away to Manchester City.

Kerys Harrop has her heart set on staying one step ahead of Manchester City’s long-serving stars in the Women’s Super League appearance charts.

The Blues skipper, 28, marked her 131st WSL match with a goal and the cross that teed up the second in a 2-0 win over Liverpool, remaining one match ahead of Jill Scott in the league’s all-time tally.

Scott (130) is not the only Citizen chasing down Harrop with Gemma Bonner (128) and Steph Houghton (127) also in hot pursuit.

There will no progress on that front when Blues head to the Academy Stadium for an FA Women’s Continental League Cup group match on Sunday (2pm) but it is a contest Harrop continues to monitor.

“It is something I am incredibly proud of, I just want to keep playing every game and hopefully when I retire in a few years I will still be top of the list,” she said.

“I have known about it for a few years now, it has been me, Jill Scott and Gemma Bonner up there so it has always been in the back of my mind.

“I want to play every game regardless but yes, that is there as well and hopefully I can stay injury free, keep playing well and stay at the top.”

Of far greater importance to the captain was moving off the bottom of the table that really matters with Harrop drawing inspiration from England men’s star Jamie Vardy against the Reds.

“I was joking with the girls during the team talk about Leicester’s men and how ruthless they were (in a 9-0 win at Southampton) when I watched Match of the Day,” said Harrop.

“I said I would be Jamie Vardy and get a hat-trick, I got a goal and an assist so I was halfway there  – kind of!

“The most important thing was the win, getting an early goal settled us a bit and we pushed on from there with a good performance.

“It was a massive relief, it was not the nicest feeling being at the bottom and without any goals in the league.

“I felt we had been unlucky against Everton and West Ham and deserved to come away with more points so for things to go our way against Liverpool – and it was not down to luck, we were dominant – meant a lot to all of us.

“It was horrible, I didn’t like it and that was why the win was so important. It was not where we deserved to be, this is a good club that plays good football.

“Liverpool would say they shouldn’t be down there either but it is still early days and I think the competition is good, it keeps things exciting and interesting for the fans because you don’t know who is going to win each week.

“Those who have seen our games probably realised we didn’t deserve to be in that position. Now we need to keep going and try to maintain the momentum.”

That momentum will be tested up in Manchester, though, with Harrop focused on showing more oomph than in the 3-0 WSL defeat at City on September 12.

“We want to go for the Cup,” she added.“You want to win every game you play and as much silverware as possible and we have to go for it in the Cup competitions.

“We are top of the group and will go into this one with some momentum.

“It was not a good performance from us when we played them a few weeks ago so we need to right a few wrongs this time.”

Up next for Blues 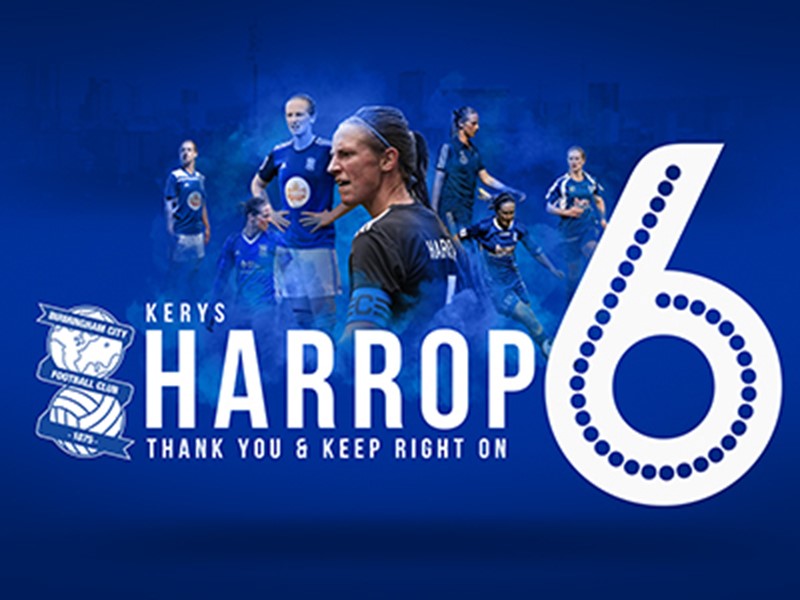