Rachel Corsie is raring to make the most of her time with Blues Women to help the club kick on under Head Coach Carla Ward.

The defender joined the club until January 2021, arriving from Utah Royals in the NWSL and comes with a host of experience at both club and international level.

Corsie made her debut in the 5-2 defeat to Manchester United in our last league fixture and is hoping to continue to build on the performance.

She said: “The game [vs Man United] was a step forward but I still think we have a lot of room for growth which is probably a good thing because we can start to get results and pick up points.

“It's been great to get involved and get to know what the girls are like and what our ambitions are.”

As captain of the Scotland Women’s national team, Corsie is hoping to use her experience to support the team and guide them onto the right path.

“There is a big responsibility generally when you play in the backline to be a leader and help those around you,” said Corsie.

“I think as a unit we are going to work really hard to stabilise ourselves and find that gel that we need to be more solid.

“As someone who has been a captain, it’s important to communicate and help people on and off the field.”

Corsie has played in the Women’s Super League before with Notts County and felt Birmingham was the perfect club for her to come back to.

“I had a conversation with Carla the day before I was due to fly back,” said the 31-year-old. “I think sometimes opportunities arise in the opportune moment.

“I got a good feeling off the back of the phone call; we have the same goals and values and that was really the selling point.

“They want to get back to competing again and that’s something I want to be a part of.” 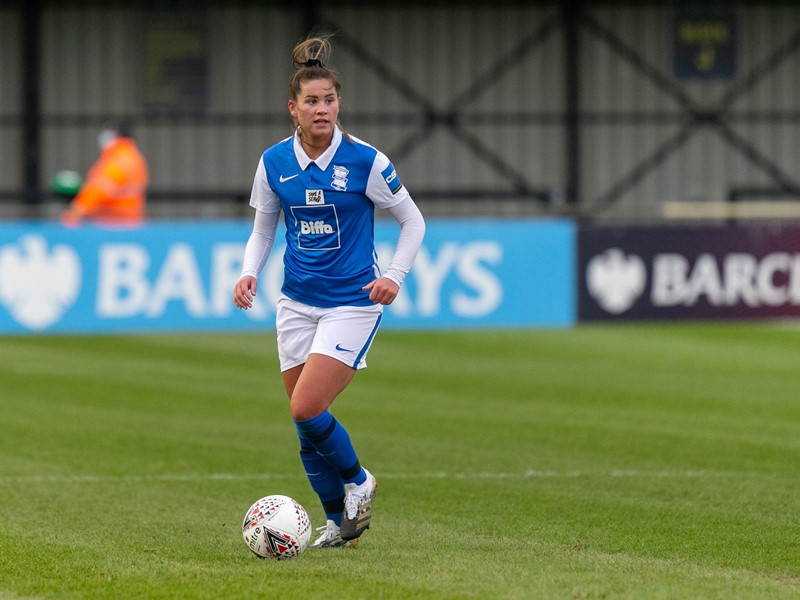