I don't think we created enough clear-cut chances and when we did, we should have been more concise with our finishing.

Steve Spooner admitted that his Blues side were let down by their finishing after they suffered a 2-0 home defeat at the hands of Wigan Athletic on Friday afternoon.

In what was a scrappy often niggly encounter at The Trillion Trophy Training Centre, Blues had the better of the attacking play but were ultimately undone by two second-half goals from The Latics.

"It was a very frustrating game and we shouldn't have lost it," said Blues' Lead Professional Development Coach Spooner.

"We came under a heavy press today, but we stayed with our principles and played our way through the press and got into the final third.

"But at times the ball was either just behind or someone received it and turned back.

"We just didn't make the most of our attacking opportunities and I don't think we really tested their 'keeper at all.

"I don't think we created enough clear-cut chances and when we did, we should have been more concise with our finishing.

"The first goal we conceded was preventable and we didn't do well enough with it.

"At 1-0 down we put some subs on, but we didn't really look like getting back into it and then we got done again on the break.

"That's probably the concerning part because we've got learn that if we can't win the game, then we don't lose the game."

Unusually for an Under-23s fixture, the referee was quite busy when it came to yellow cards and he dished out four cautions during a contest which Wigan often looked to slow down the tempo.

"Our players are used to bossing games, but they have to understand they can't always do that," continued Spooner.

"Slowing things down is all part of the professional game, so it's all part of their experience and they've got to learn how to handle those situations and not lose their concentration and get involved with the ref and the opposition because it plays into their hands." 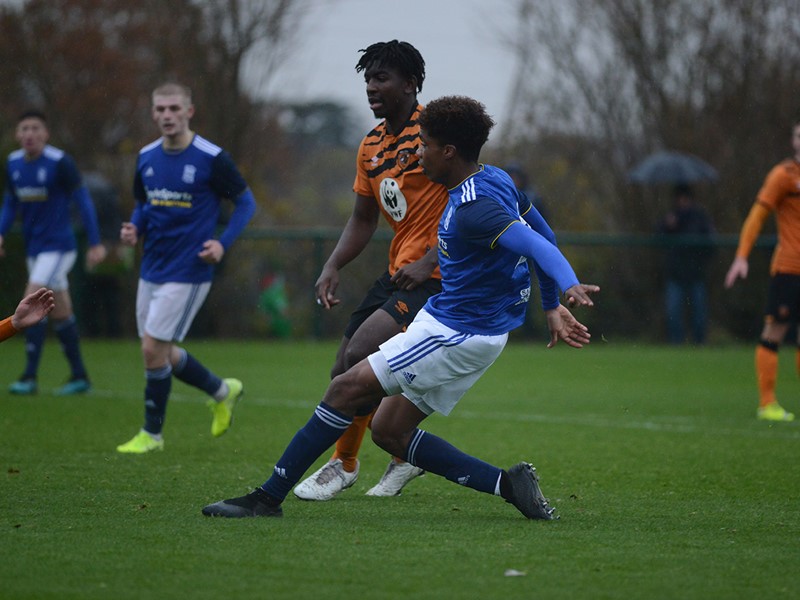