Blues had looked on their way to a fifth successive defeat before Jutkiewicz fired home his 15th goal of the season in the 93rd minute.

Blues grabbed a crucial point in their quest for Championship safety after Lukas Jutkiewicz scored a stoppage time equaliser for the hosts.

Blues had looked on their way to a fifth successive defeat before Jutkiewicz fired home his 15th goal of the campaign in the 93rd minute.

In what was a massively improved performance from the Stoke game at the weekend, Blues should have taken a first-half lead after they were awarded a penalty which Scott Hogan disappointingly missed.

And when MacAuley Bonne put the Addicks in front just before the hour mark, it looked like another disappointing evening was on the cards for Blues.

There was a return to the starting line-up for Kristian Pedersen, Jeremie Bela and Dan Crowley, with Wes Harding, Nico Gordon and Jude Bellingham dropping to the bench.

There was also a place in the matchday squad for the first time for young Spanish forward Miguel Fernandez.

On an overcast evening in the Second City, Blues were on the offensive from the off and had their first attempt within a minute after Gary Gardner fired a tame shot on target.

Crowley was then denied by Charlton ‘keeper Dillion Phillips with a save at his near post after the Blues midfielder had burst into the box after pouncing on a loose ball.

Blues were continuing to press, and Maxime Colin went on a surging run down the right before laying the ball across to the centre for Bela, but Bela’s snapshot was just wide.

There was a real zip about Blues’ play in the early stages and with Jutkiewicz and Hogan hunting as a pair, they were looking much more threatening in attack.

But Charlton were not too far away from scoring after Cullen’s teasing cross flashed across the front of the Blues goal line and was just missed by Williams at the far post.

Blues were knocking the ball around well and having lots of possession, without quite being able to unlock the Charlton defence.

But it was the hosts that had the perfect opportunity to open their account after Jutkiewicz was fouled by the 'keeper in the box and Blues were awarded a 34th minute penalty.

Hogan stepped up and hit it firmly, but Phillips guessed correctly on the direction and saved it in the bottom corner. The ball rebounded to Hogan, but the striker volleyed over with his left foot with the net at his mercy.

Right on the stroke of half-time, Blues put together a neat passage of interplay, before the ball found Crowley just to the right of the area, but the midfielder lashed his attempt well wide.

The sides returned for the second-half unchanged, with Blues kicking towards the Gil Merrick Stand.

Blues had the first attempt of the half after Jutkiewicz nodded a long kick from Camp on, but Hogan’s volleyed effort  lacked power and direction.

Bela then tried his luck from long-distance, but he was off target. And then Hogan showed purpose as he drove into the area, but his shot was deflected behind by a Charlton defender.

Pedersen was the next Blues player to cause problems with a mazy run into the box, before once again his cross was turned behind by the visitors.

But against the run of play Charlton took the lead just ahead of the hour-mark.

Doughty got in behind Colin on the by-line before squaring the ball for Bonne to tap it into the net from just a matter of yards.

On 60 minutes, Blues made a double substitution with Bellingham and Reid replacing Bela and Hogan.

Blues were oh so close to levelling moments later when Sunjic fired in a goalbound effort, but Phillips was equal to it and saved brilliantly despite seeing it late.

Charlton were inches away from doubling their advantage when Doughty laid the ball off to the lively McGeady, but his attempt cannoned back off the post.

Camp then needed to be alert to save from Bonne.

With time rapidly passing Blues were throwing everyone forward in search of an equaliser, but Charlton were standing firm in the face on an onslaught.

Roberts dug out a fine cross from the right towards the far post but under pressure Dean was unable to get his header on target.

Blues were showing lots of endeavour and they were  finally rewarded with a late, late equaliser after Jutkiewicz turned the ball home deep into stoppage time.

Bellingham’s initial cross was met by Gardner, and although his shot was saved, Jutkiewicz was on hand to force the ball home from close range. 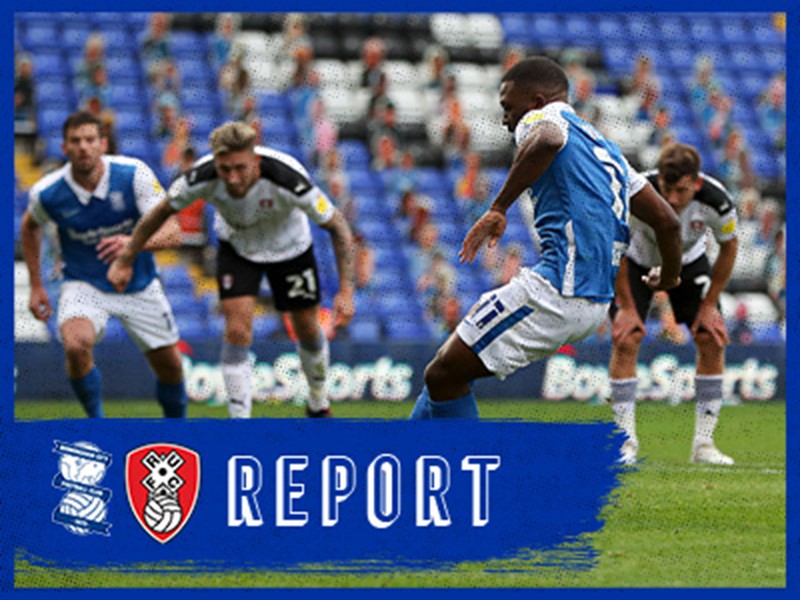 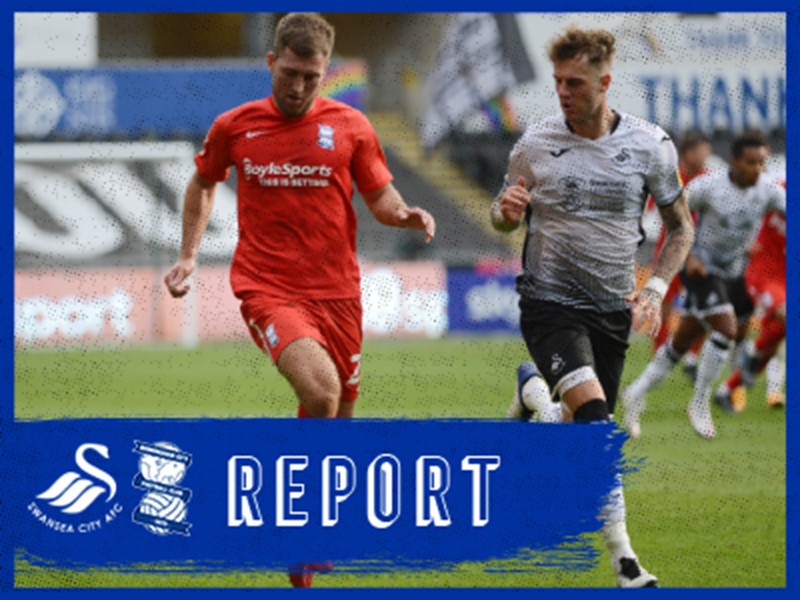 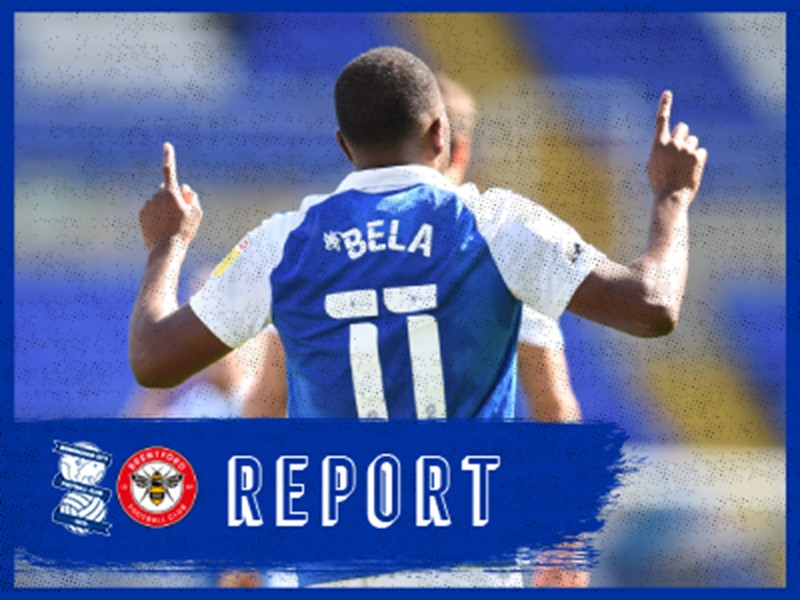