Gardner had not long been on the pitch when he directed a strong header in for the decider and his second goal in a week.

It gave Blues that rarity: a win on Preston soil, the last time coming back in 2001.

And it was well deserved as they showed powers of resilience, organisation and ability we have come to expect from them under Aitor Karanka.

Riley McGree fired Blues in front just inside two minutes and they seemed in good control and well poised to follow up the midweek success over Huddersfield Town for back to back victories.

Jayden Stockley's stunning volley, however, got the Lillywhites level and Blues had to do things the hard way, eventually making their play count to overcome the hosts right at the end.

A minute's silence was held before kick-off to remember England 1966 World Cup icon Nobby Stiles, who was a former Preston player and promotion-winning manager.

Both teams made five changes, with Blues opting to place Maxime Colin and George Friend - both of whom have slight niggles - on the bench, and Adam Clayton (ankle) out.

Karanka's confidence in his player adapting to different shapes meant he went with a back three, Mikel San Jose in between Harlee Dean and Marc Roberts.

Josh Dacres-Cogley returned to the side and McGree made his starting debut - and both were key figures in a brilliant start for Blues.

Dacres-Cogley clipped a ball over the top down the right for Jonathan Leko to evade the defence and try and nudge it past Declan Rudd; the 'keeper parried the shot and then Lukas Jutkiewicz got involved by coming across and acrobatically turning it to the left of the area.

With Preston unhinged, on came McGree to lash into the back of the net with a crisp left-footer. Just 64 seconds had elapsed.

Blues could have made it 2-0 as well in the fifth minute when Leko embarked on one of his typically snaking runs that caused panic.

As he weaved his way through the defence into a great position just outside the area the intervention of a Paul Gallagher block stopped him from hitting the target.

In the 16th minute, from a swift counter attack, McGree had another opportunity, after initially breaking up play in the centre circle.

He shifted the ball out to Jutkiewicz on the left and hared into the box for a return cross which he got on the end of and turned towards goal but Andrew Hughes got close in to change the direction.

It was all very well set for Blues. But, out of nowhere, Preston got level, in the 24th minute.

Preston played the ball forward and after Harlee Dead nodded away, Ivan Sunjic contested aerially with Stockley and went down, clutching his head.

Stockley took the loose ball on the chest and tried his luck with a punted lob, on the full from 25 yards. The ball flew and dipped past Neil Etheridge, who seemed bemused as if expecting a free-kick for a foul on Sunjic to be awarded.

It was Preston's first goal at Deepdale this season and it was hugely needed by the home side, who didn't appear to have much answer to Blues to that moment.

Preston, with their tails up, threatened from a Josh Harrop left wing cross when Patrick Bauer got up and headed at goal but Jutkiewicz was there to nod it away from danger.

Then, with a some confusion in the Blues ranks following a clearance, Preston worked the ball into the heart of the box to Alan Browne, whose backheel flick from the penalty spot was tame.

Blues perked up again as the half drew to a close exacted more control once more and Dacres-Cogley, coming in on a ball from the left by McGree that drifted behind the Preston defence, thumped a first time attempt over from the edge of the area.

Blues were first to show after the break when San Jose speared a header on target after Dean put over a deep cross from the right, following some teasing play by Ivan Sanchez in the wake of the couple of away free-kicks.

Next San Jose, again, got in a header at goal, from Kristian Pedersen's cross, but twisting, he couldn't quite direct it below the crossbar.

In the 54th minute Etheridge had to keep his wits about him to keep out a Preston raid which came after Sanchez uncharacteristically turned into trouble and lost the ball.

Play was moved sideways to Tom Barkhuizen via Gallagher and his shot aiming for just inside the far post was parried by the 'keeper and Sanchez had got back to atone to clear from in front of the line.

Blues made the first change of the afternoon, bringing on Jeremie Bela for Leko (57 minutes) and by this stage Karanka had tweaked the formation by reverting to a regulation back four and putting San Jose into a sitting midfield role alongside Sunjic.

Substitute Ryan Ledson made a timely block on Sanchez's shot from the right of the box - the ball ballooned over the bar - after Blues broke quickly, via Bela from McGree's short pass to send him away and centre.

Preston then had to make another change by taking off Darnell Fisher, who had just returned from injury, and sending on Joe Rafferty.

The game dropped into a lull as both teams struggled to dominate and get into a flow. It became scrappy albeit remained competitive.

As proceedings ticked over to 20 minutes left Blues constructed a move down the left and got an attempt away at goal; Sunjic played a return pass into Jutkiewicz, carried on with his run and cracked a right footer from the 18-yard line. In making a good save, Rudd then yelped and required treatment after seemingly hurting his right leg.

Blues began to build up a head of steam and earned a succession of free-kicks as they shifted play around and got runners at the Preston defence, with Bela and McGree to the fore.

Sunjic had another snapshot at goal after Preston cleared their lines from a free-kick into the area but it was unable to squeeze past a forest of home bodies.

In the 80th minute following a corner that was kept alive, Preston appealed for a penalty when Browne went down under Roberts challenge, the centre-half toeing the ball away from the attacker, who flipped over his outstretched leg.

Blues continued to press on in search of a winner, however, as play went from one end to the other. And in truth, they were the better more dangerous side in the last quarter of the match.

In the 83rd minute Blue thought they had got that clicher after Sanchez swung over a cross to the far post; Jutkiewicz was a fraction ahead of his marker as he powered in a header from close range.

But, dramatically, the goal did come, from Gardner, who had just replaced McGree.

Gardner had initially chased down a channel ball to force Rudd to put the ball into the stands.

From the throw-in Blues laid the ball back of San Jose who delivered a delicious inswinging cross towards the six-yard box.

Gardner ghosted onto it in trademark fashion and planted a firm downwards header past Rudd, who had no chance.

Sanchez might have got a third with three minutes to go, firing in at the near post and forcing Rudd into a parrying stop.

But sixty seconds later Etheridge had to be at his inspirational best once Barkhuizen cut onto his right foot on the left angle of the area. He lifted a powerful shot that was destined for the top corner but Etheridge, at full stretch, got fingertips to it.

A brilliant save and Blues from then on saw out five added minutes to secure a well merited, and rare, victory at Deepdale. 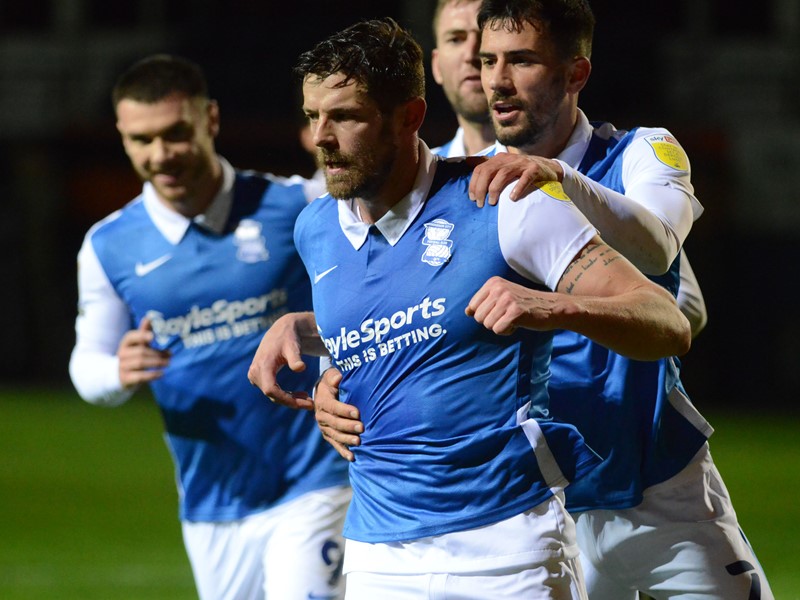 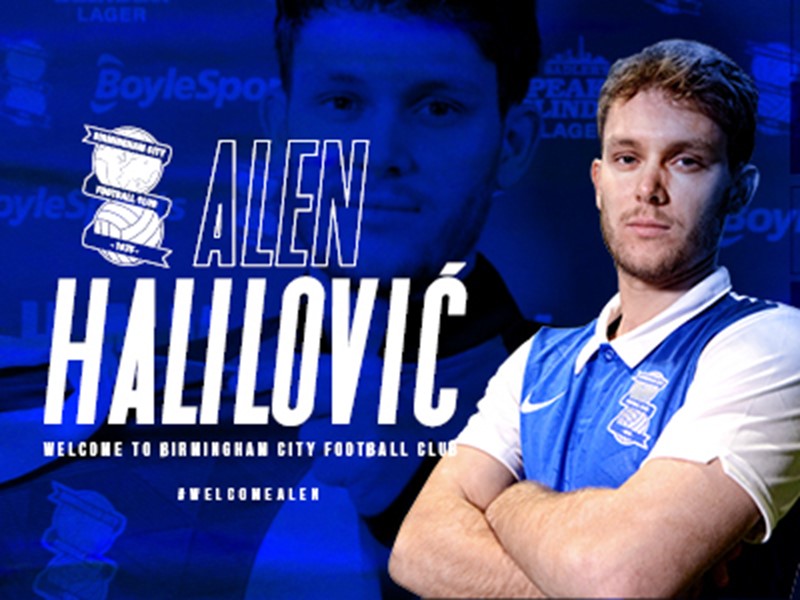 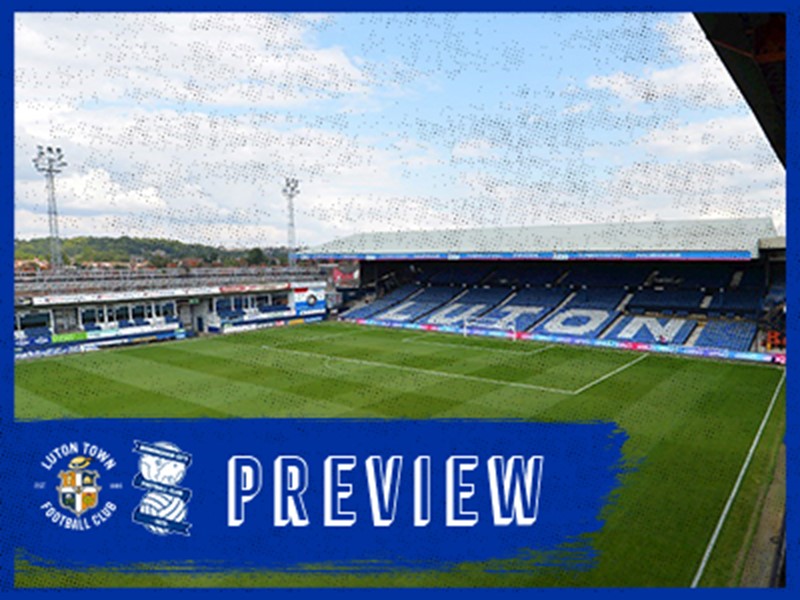