Aitor Karanka's side were forced to settle for a point at Loftus Road after playing out a goalless draw against Queens Park Rangers.

But it could easily have been all three, had the visitors converted one of the numerous chances they created in West London.

Playing with a 3-5-2 formation, Blues produced some really good stuff in the opening 45 minutes and largely had the R's on the backfoot.

However, Mark Warburton's team regrouped well after the break and it was a much more closely fought encounter, with both sides having opportunities to break the deadlock.

There were two changes made to the Blues side that lost at Norwich City on Tuesday with Gary Gardner and Mikel San Jose coming in for Adam Clayton and Ivan Sanchez.

Striker Lukas Jutkiewicz was given the all-clear to return by the doctors following his bout of Coronavirus, but he began the game on the substitutes' bench.

Blues made a positive start and just 90 seconds in they went close after Maxime Colin's neat cross from the right found Jonathan Leko, but the forward volleyed his chance high and wide.

Then from the other side of the pitch Kristian Pedersen put in a tantalising cross which just evaded Leko and was collected by R's 'keeper Dieng.

At the other end, Harlee Dean was forced to put in a forceful block to thwart Chair's attempt on goal.

Blues were a whisker away from opening their account after 19 minutes when Gardner sent in a delightful free-kick, but Marc Roberts was inches away from connecting with it at the far post.

Pedersen then put half a chance over the bar for Blues.

The visitors were continuing to dominate the attacking play and Leko saw another good attempt blocked.

QPR were forced into a change after just half-an-hour when Hamalainen replaced the injured Wallace.

The action was ramping up a gear and Barbet had the ball in the back of the Blues net after heading home a free-kick, but the referee adjudged that he had committed a foul before connecting with the cross.

Blues suffered a similar fate just a minute later after Scott Hogan guided the ball home, but his goal was ruled out for offside.

Bright-Samuel was then not far away for Rangers with a curling effort from the edge of the box.

A defensive mix-up between Marc Roberts and Neil Etheridge almost put Blues in real trouble on the edge of their own area, but fortunately Etheridge recovered managed to clear the ball away with an overhead kick, under pressure from a Rangers player.

QPR began brightly after the restart, but it was Blues that went close after Gardner met Leko's cross, but he volleyed just the wrong side of the post.

Blues had to be thankful to Dean who produced a fantastic header off the line to deny Adomah.

And then Etheridge was forced to tip Bright-Samuel's chance over the bar.

The game was really opening up now and Hogan had a shot saved, before he put the ball in the back of the net for a second time in the game. But just like the first time it was ruled out for offside.

Just after the hour mark Dieng pulled off a neat diving save to deny Sunjic a goal.

The 63rd minute saw Blues make their first change of the afternoon when Jutkiewicz was sent on in place of Leko.

Pedersen was not far away for Blues after Colin found him with a zipped cross. But on the stretch, the Dane scooped the ball over the bar.

As the match entered its final 10 minutes it looked like whoever could score would end up as the ultimate winners.

And Chair was not too far away with a shot from the edge of the box, which flew a yard wide of the post.

The same Rangers player should have scored minutes later, but he skewed his shot well wide with the goal at his mercy. 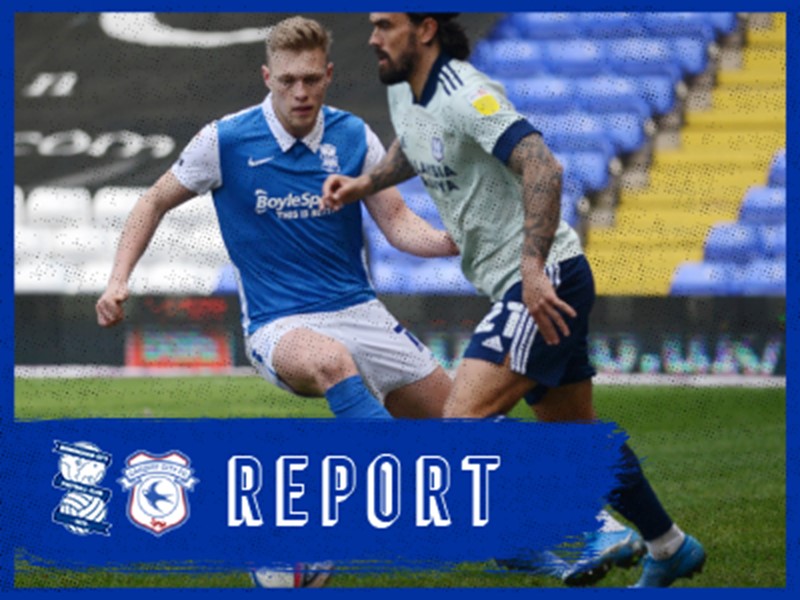 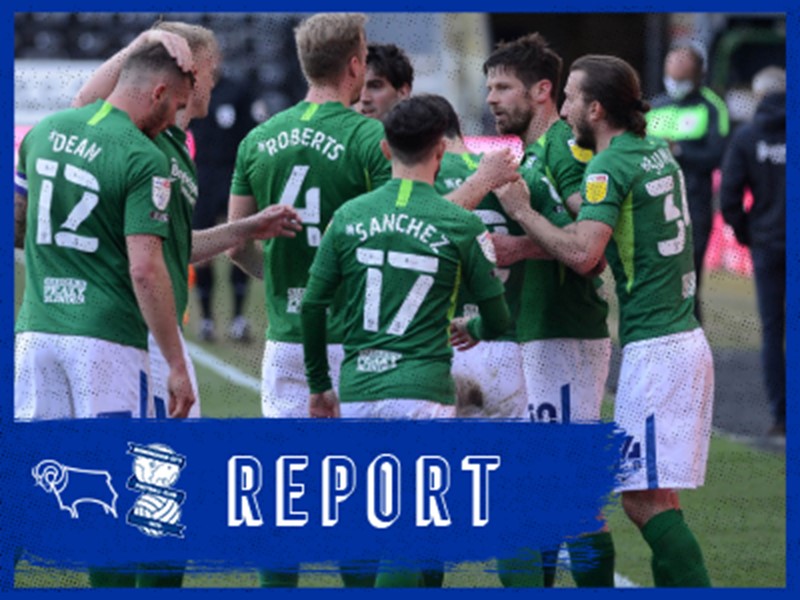