The erstwhile Birmingham City player has agreed to lead the team after positive discussions with the Club’s senior staff in recent days.

Carter was most recently operating as First Team Coach for West Bromwich Albion Women, having joined the FA Women's National League North outfit in September of this year.

This followed a 12-month period fulfilling the same role at Solihull Moors, the team with which the 37-year-old had spent the final four years of his playing career. During this time, he also managed the Moors Academy and worked as a Youth Development Coach. 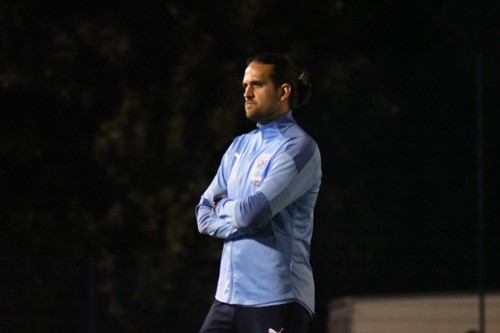 Now back at St. Andrew’s, Carter expressed his excitement to BCFC.com at being appointed to lead Blues Women:

“It is a great opportunity for me and the journey I am currently on, with my coaching career, and I want to make an impact and bring some positivity to the place. It is vitally important to instil some belief, confidence and enjoyment; creating an environment to excel and improve every day as individuals and as a collective. From those foundations, we can look to build some momentum.

“It has been amazing at West Brom. The opportunity that they offered me to help out with Jenny Sugarman and Liam Wall gave me everything I needed from a coaching perspective. I am hugely thankful for the opportunity which has given me some vital experience in the Women’s game for moving forward.

“It is a challenge that I could not turn down in all honesty. It is a fantastic chance to prove our doubters wrong and build all the things I have talked about.

“I like to play the game on the front foot. Of course, you have to be adaptable, but my principles are for my players to be brave on the ball and play with a purpose. We have to take each game as it comes, but I want my team and players to ask questions of the opposition and try to dictate play.”

Carter is, of course, well versed in what it means to represent Birmingham City. It was his nerveless penalty that sent Blues into the Premier League for the very first time back in 2002, a campaign that also ended in him being voted Blues’ Young Player of the Year.

He would resultantly represent his hometown team at the highest level of the professional game in England before continuing his career away from B9. Turning out for Sunderland, West Brom and Millwall, Carter went on to make more than a century of appearances at Preston North End ahead of stints with the towns of Cheltenham and Northampton.

A distinguished playing journey continued in Nailsworth, with the midfielder helping Forest Green Rovers to reach the Football League for the first time in their history at the end of the 2016/17 season. 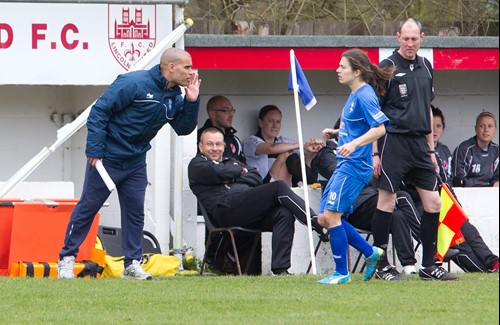 Born in the Second City, Bignot previously managed Blues Women and comes armed with a wealth of experience working in both the Women’s and Men’s arenas.

“In light of events this week, it was critical that the Football Club acted decisively and in the best interests of Blues Women during what is a crucial period of the season.

“Whilst many of us know Darren on an individual level and recognise his affinity to Birmingham City, what shines through above all else is his coaching pedigree and temperament.

“He has always been a student of the game but, for a young coach, his quality is superb and was identified as having the ability to work within the existing football framework, the Birmingham City identity and get the best out of each and every player.”

Carter’s first game in the dugout comes at home against Manchester City in the Barclays FA Women’s Super League on Sunday 12 December, the team then travel to Leicester City a week later for the final game before the division’s winter break. These fixtures bookend the conclusion of Blues’ FA Women’s Continental Tyres League Cup group stage campaign, with the team travelling to London City Lionesses on Wednesday 15 December.