Watch our clash with Cardiff exclusively live on BluesTV this Saturday.

The match is the final home game of the 2020/21 season for Lee Bowyer’s side as they look to go unbeaten in the Head Coach’s opening five home fixtures.

Both at St. Andrew’s Trillion Trophy Stadium and overall Blues are currently second in the form table, with success away to Derby County on Saturday securing the team’s Championship status for another season.

And with that objective now achieved, attention turns to taking six points from the two remaining league outings and finishing as high as possible in the standings.

As for the away side, they ensured the Cardiff City Stadium would be hosting second-tier football after an impressive turn of form following Mick McCarthy’s appointment in January.

However, a recent slide has seen any play-off aspirations disappear and the win over Wycombe Wanderers last weekend was only their first success in six.

This season’s reverse fixture was narrowly edged by the visitors and history suggests it could be another close-run thing. Of the 74 previous meetings, Blues lead the head-to-head record by just one victory. 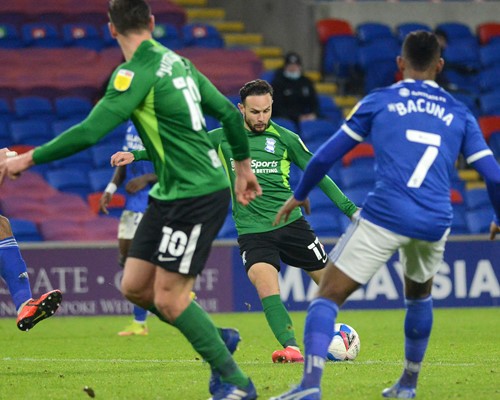 When Cardiff beat Blues in December for their fifth win in six the Bluebirds were tenth in the table. However, five straight defeats later the axe was wielded and Neil Harris, whose side were closer to the relegation zone than the top six, was sacked.

Fast forward two months and victory over fierce rivals Swansea City had Cardiff knocking on the door of the play-offs. That success at the Liberty Stadium was the eighth in 12, a run that included just the one defeat to now-promoted Watford.

It was ultimately the last three points they would collect until the aforementioned success over the Chairboys, but nonetheless, represents a significant transformation under McCarthy.

What has not changed is Cardiff’s potency from set-pieces. They have scored 24 times from such situations, including Aiden Flint's winner in the South Wales derby, just one fewer than their tally from open play.

Continuing on the theme of finding the back of the net, Welsh international Kieffer Moore leads the way with 20 counters, as well as four assists. At the other end, they have conceded the ten fewest goals and recorded 14 clean sheets – the same number as Blues.

Blues completed back-to-back away wins and made mathematically sure of their Championship status by beating Derby at Pride Park. After struggling to make their mark in a first-half where Colin Kazim-Richards gave the Rams the lead, Blues delivered an impressive display after the break to turn matters around. Two Lukas Jutkiewicz headers in the space of 22 second-half minutes stunned Wayne Rooney’s side and lifted Blues safely into 16th position.

Cardiff ended their slump by defeating Wycombe in the Welsh capital. Initially ahead through a fine Moore effort, they were pegged back before the interval when former Bluebird Joe Jacobson converted from 12-yards after Fred Onyedinma was fouled by Sean Morrison. Moore went on to restore the lead 19 minutes from time, although events did not end without damage for the hosts as Will Vaulks was sent off just moments after coming on in added time following a poor tackle on Curtis Thompson. 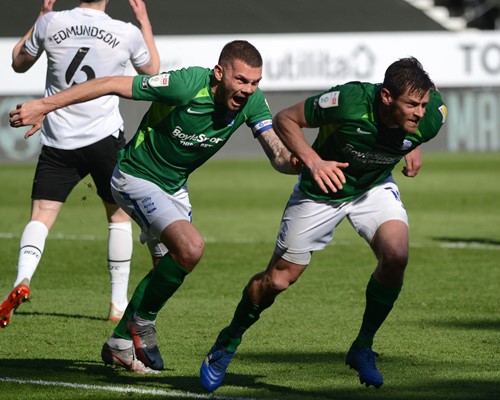 Blues will be looking to go one better than on Cardiff’s last visit to B9.

At the start of 2020, the hosts were unable to hold onto an early lead in a game of contrasting halves.

Jude Bellingham’s second goal in three home games had given Blues a fourth-minute lead and they were denied a second when Jeremie Bela hit the crossbar in the opening period.

The second-half brought an improved Cardiff display and they levelled shortly after the hour mark. Having seen an earlier effort ruled out for offside, Lee Tomlin scored legally from a Marlon Pack corner meaning that the points were shared. 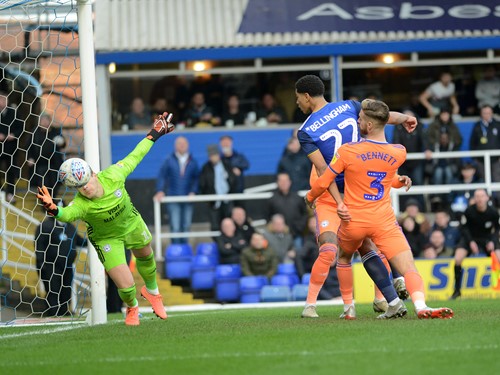 Jon Toral and Scott Hogan are out injured. 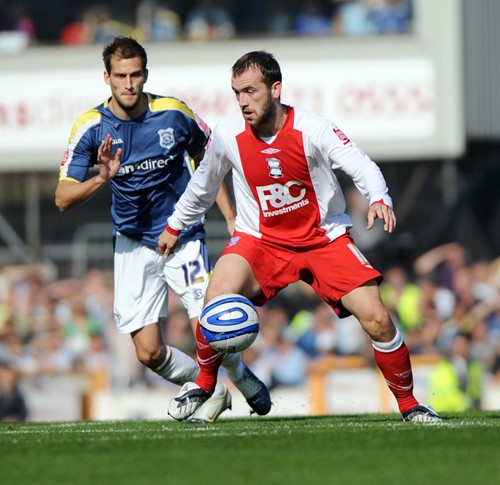 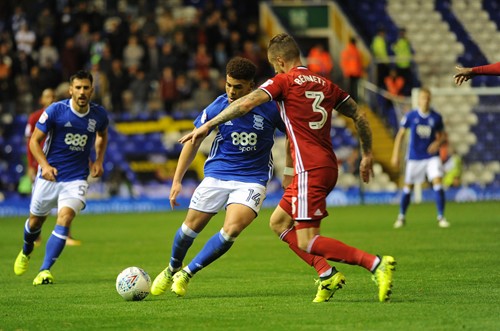 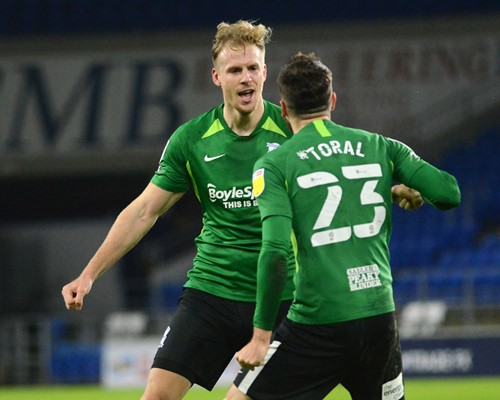