The game is available to watch live on the BBC Red Button.

The lunchtime kick-off at Kingsmeadow, which is available to watch live on the BBC Red Button, pits together two Club's both needing points to pursue their own end of season aims.

Carla Ward’s side moved a point closer to safety as they battled to pick up a draw versus Bristol City on home soil at the SportNation.bet stadium last weekend.

Meanwhile, Chelsea maintained their lead at the top of the FAWSL with a 2-0 success over Blues’ Second City rivals on Sunday before progressing to the semi-finals of the UEFA Women's Champions League midweek.

When the pair met earlier in the season, Blues were beaten by a single Fran Kirby goal in the West Midlands. 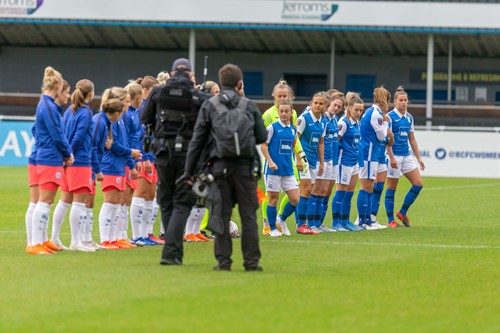 Chelsea are looking to win back-to-back titles and sit in the driving seat to do so with a two-point advantage at the top of the standings ahead of the meeting with Blues. They last dropped points in the league losing to Brighton & Hove Albion in February, a 2-1 defeat that is their most recent in all competitions.

Since, Emma Hayes’ team have taken all 15 points available to them, scoring as many goals in the process and without conceding at the other end. This period has also seen the attacking partnership of Kirby and Sam Kerr significantly blossom. Last weekend against Aston Villa, the player previously dubbed ‘mini Messi' laid on both goals for teammate Kerr who is Chelsea’s top scorer in the FAWSL with 14.

The Australian forward joined part-way through the last campaign, with Chelsea bolstering their attacking options further when they signed Pernille Harder for a world-record fee in the close season. Such an attacking armoury, also including Bethany England and Erin Cuthbert, has Chelsea as the second-highest scorers in the FAWSL this term, currently just one goal behind Manchester City.

And having already lifted the Conti Cup at Vicarage Road last month, they also have their eyes on European silverware following Wednesday’s win over Wolfsburg. The victory avenged three consecutive Champions League losses to the German opposition and Hayes described the 5-1 aggregate success as the “biggest win in Chelsea history.”

Blues came from behind to earn a point against Bristol City thanks to Christie Murray’s second-half strike. Having struggled to get going, Ward’s side trailed at the break to Charlie Welling’s effort which came after an Abi Harrison cross was only half-cleared. But vastly superior after the interval, Blues deservedly levelled when a well-worked corner routine presented an opportunity to Murray. The Scottish international took a touch to compose herself before finding the top corner spectacularly.

Chelsea stormed to the Champions League semi-finals with a resounding win over two-legs against Wolfsburg. Leading last year’s finalists 2-1 going into the second leg, Harder settled early nerves when she converted from the penalty spot. Kerr extended their aggregate advantage shortly after before Fran Kirby made absolutely sure of their qualification with a deft finish in the closing stages.

Only a Kirby header separated the pair when they met earlier in the season at Damson Park.

Chelsea’s number 14 scored from a Cuthbert free-kick after just eight minutes, but Blues’ heads did not drop.

And after a number of saves from Hannah Hampton, as well as a remarkable goal-line clearance from Harriet Scott, Blues nearly took a point late on.

However, Claudia Walker could only guide her header wide of the far post in the home team's best chance of the afternoon. 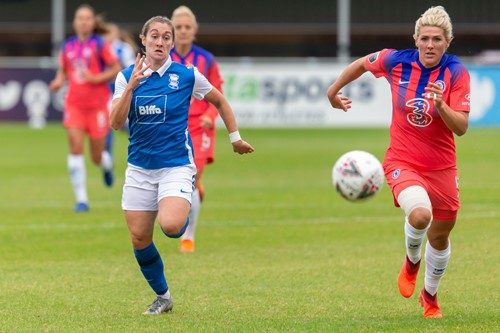 The game is available to watch live on the BBC Red Button, kick-off is at 12.30pm on Easter Sunday. 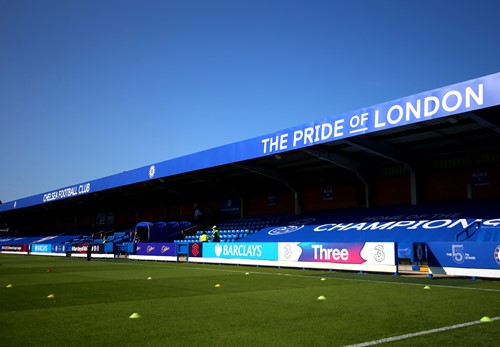