The trip to Kenilworth Road is game number two on their travels for Lee Bowyer’s men this season, after a trio of home games followed opening weekend success away to Sheffield United.

These three matches at St. Andrew’s have resulted in every possible result being played out and Blues will be transfixed on ensuring that it is the first of these outcomes – a win – that is delivered in Bedfordshire.

Defeat to AFC Bournemouth on Wednesday night was not what the performance deserved, but a quick turnaround gives the team a chance to make amends in front of a sold-out away end.

Luton themselves showed it is possible to bounce back from defeat in the West Midlands as they got past Barnsley at Oakwell midweek, with this victory coming on the back of a narrow loss away to West Bromwich Albion.

However, if they wish to make it back-to-back wins, they will have to beat Blues in their own backyard, something they have only managed twice in the last 35 years.

The Hatters have their sights set on bettering last term’s 12th-placed finish as they eye up a push for the Championship play-offs. And with two wins from their opening three matches, scoring six goals in the process, they have made a notable start to the new campaign.

Outside of the top six by a single point going into the weekend, Luton appear to be coping well to life after James Collins who found the net 13 times during the 2020/21 season before moving to Cardiff City in May.

The Welshman has essentially picked up from where he left off in what is his second stint in charge at Kenilworth Road. Across two spells, Jones has overseen 113 victories and boasts a win percentage a shade under 50%. 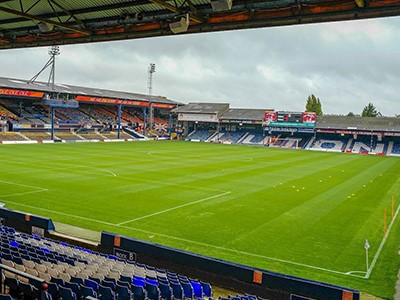 Blues suffered a first defeat of the campaign as they were edged out by Bournemouth earlier this week. Both Tahith Chong and Jonathan Leko went close before the break, whilst Lukas Jutkiewicz had a perfectly-placed header ruled out for offside. However, late strikes from Dominic Solanke and Jaidon Anthony saw the points stolen back to the South Coast.

Luton came out on top of a one-goal game at Oakwell on Tuesday night. The aforementioned pair of Jerome and Bell combined for the winner, with the latter sweeping home from range. Barnsley reacted well to the fourth-minute concession but could not convert their 70% share of possession into a goal, as the Hatters made it five wins from their last six trips to the Tykes. 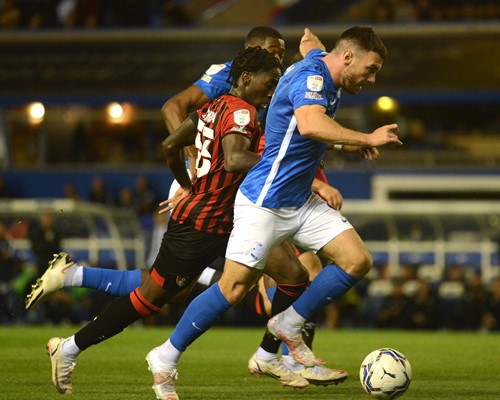 The spoils were shared on a historic night for Jutkiewicz last year.

Blues’ frontman put the visitors ahead with a powerful penalty after Elliott Lee handled in the area and, thanks to his successful spot-kick, brought up a century of career goals.

However, there was not be three points accompanying such a milestone as the hosts levelled eight minutes before the break through Matty Pearson. 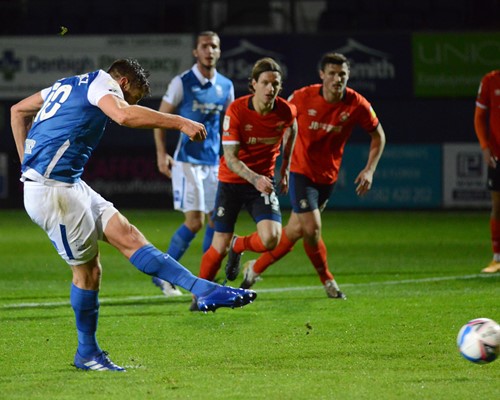 Neil Etheridge is continuing his recovery from COVID-19, whilst Dion Sanderson is building up to match fitness after playing an hour for the Under-23s on Monday against Stoke City. 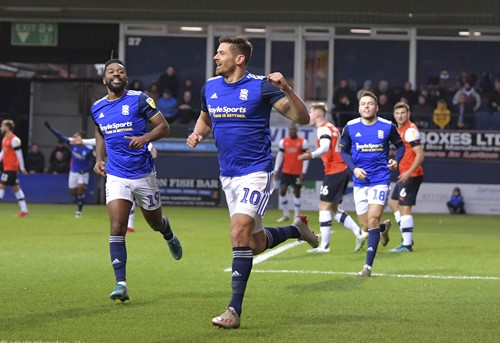 Due to EFL broadcasting regulations, only international subscribers will be able to watch our game with Luton on BluesTV. Supporters based in the UK will be able to listen to live audio coverage. There is no pay-per-view for this fixture.