Rebecca Holloway on qualifying for EURO 2022

Kenny knew I was able to play that role because of the minutes that Carla has given me.

Alongside former Blues teammate Chloe McCarron, Holloway played two ninety-minute matches as Kenny Shiels' side cruised to a 4-1 aggregate victory over Ukraine in the qualification play-offs.

In doing so, Northern Ireland qualified for a major tournament for the first time in their history, and the Blues player believes the achievement is yet to sink in.

Holloway reflecting on the success said: “It’s still that moment where we need to pinch ourselves because it doesn’t feel real.

“This is such a big moment in Northern Ireland’s history. It’s my number one career highlight, one hundred per cent.

“We were really relaxed going into the second game and just ready to get out on the pitch and play. The outcome shows that all.”

The likes of Julie Nelson and record goalscorer Rachel Furness have been playing for the national team in excess of 15 years, with nine of the 14 who featured in the second leg playing domestically.

Holloway, 25, who has three caps for Northern Ireland, was delighted to help the team qualify for the finals but felt more relief for the players who had been there from the start.

She said: “I spoke about it with Simone [Magill] and Rachel Furness on the way home and they’ve been through it all.

“It felt such relief for the players who had been in the squad the whole time because I knew how much it meant to them, they have fought for so much over years. There are no individuals, we are just a team.

“Being a small country and not making it this far in the past, nobody expects little Northern Ireland to reach the Euros. It was such a surreal moment.”

For Holloway, the friendly against England in February - played at St. George's Park - was her international debut, and she credits her role at Blues, along with the contributions of Head Coach Carla Ward, as key factors behind her appearances for the national team.

The defender explained: “Playing every minute with Birmingham has got me my position at Northern Ireland because of my fitness levels. They want a left-back that can get up and down the pitch and cover a lot of ground.

“Kenny knew I was able to play that role because of the minutes that Carla has given me.” 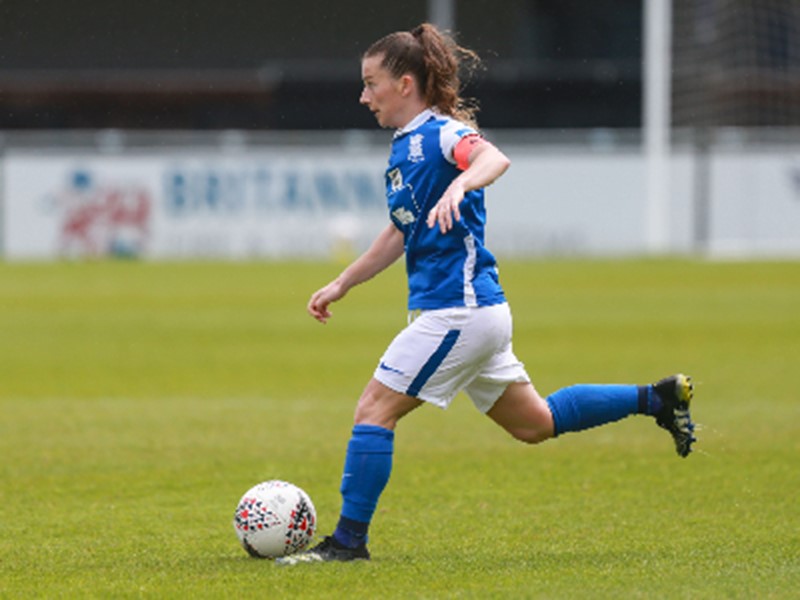