Blues drew with Nottingham Forest in the Sky Bet Championship on Wednesday night.

Marc Roberts' 49th-minute header appeared it would be the difference at St. Andrew’s Trillion Trophy Stadium.

But a late penalty awarded to the visitors denied Lee Bowyer's side what would have been a well deserved third win on the bounce.

There were a trio of changes to the side which started Sunday’s win over Rotherham United. Scott Hogan made his first start since returning from injury, whilst there were recalls for Jeremie Bela and Ivan Sanchez on either flank. Young prospect Amari Miller made the matchday squad for a third successive game. 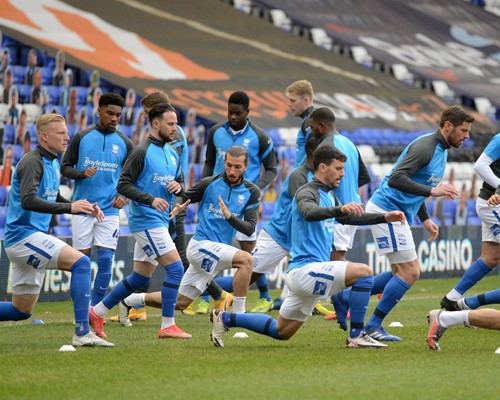 Blues made the brighter start in B9 and without creating any clear-cut openings were certainly causing Forest a few headaches with balls into the box, including those from Roberts’ long-throws.

An opportunity did then present itself when Kristian Pedersen delivered from the left-hand side, but Hogan’s contact did not sufficiently alter the ball’s direction to threaten Brice Samba’s goal after 15 minutes.

And, unfortunately, that was the final involvement of the evening for Blues’ number nine who was withdrawn injured, with Leko introduced in a straight swap.

There was further concern just moments later when Bela required treatment, although he was able to continue after a brief stoppage.

With just under ten minutes of the half remaining, Lukas Jutkiewicz flashed a header across goal and soon after the striker went even closer. However, Samba was in the right place to hold a firm header from Sanchez' dangerous corner.

A largely aerial contest continued as, at the other end, Ryan Yates rattled the crossbar with a close-range header in the opening 45’s last action of note. 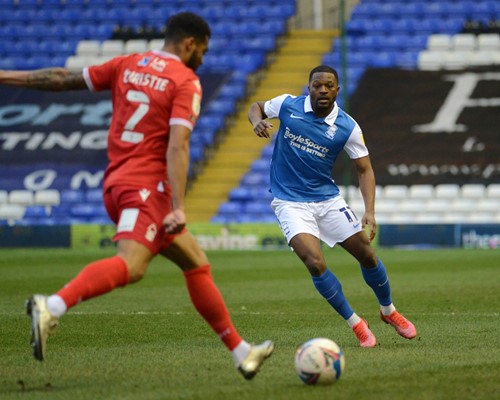 The second period started with Blues in the ascendency and very nearly breaking the deadlock through Sanchez. His swerving drive was saved by Samba before being ushered behind for a corner.

And from the resulting set-piece the stalemate was ended with the Spaniard’s deep centre powerfully headed in by Roberts. The header was the fifth occasion that Blues have found the net by such means under the guidance of Bowyer.

A sixth almost followed in the 72nd minute, but Roberts was denied his and Blues’ second of the encounter by Samba’s reaction save when he had met Bela’s corner.

Blues continued to be a threat and came close to adding goal number two on the break. Substitutes Miller and Riley McGree combined, but the Australian’s low effort was blocked.

However, it was to be a cruel end for Blues as they saw a penalty given against them in the seventh minute of added time when Jutkiewicz was deemed to have fouled Scott McKenna in the box.

Lewis Grabban clinically converted the spot-kick and Blues had to settle for a point. 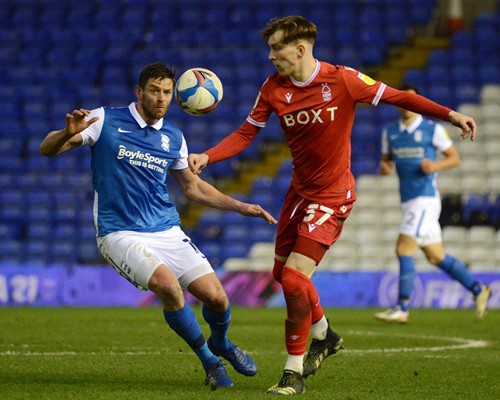 After a first-half where neither side created a huge amount of chances, Blues set about putting that right within five minutes of the interval. Often a threat as the supplier in recent weeks, this time Roberts was the target and duly accepted such a role to nod Blues ahead. Just the late equaliser denied him from being the matchwinner. 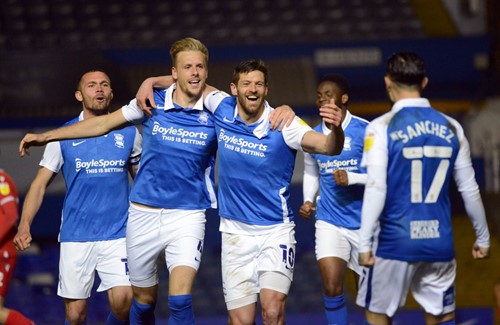 The win takes Blues onto 49 points from 43 games played. They now sit in 19th with three games remaining of the campaign.

Blues are on their travels this weekend as they take on Forest’s fierce East Midlands rivals at Pride Park live on Sky Sports Football. The clash with Derby on Saturday is followed up by Blues’ final home game of the 2020/21 season against Cardiff City seven days later.