Ruby Mace’s early goal got cancelled out in a blustery battle in which Blues were held to a 1-1 draw.

The visitors had plenty of the ball but Blues had the better chances in a contest that was feisty and tense to the finish.

Captain Christie Murray might have grabbed the winner a minute from time but whacked the crossbar as the team edged a little closer towards safety.

Goalkeeper Hannah Hampton, Harriet Scott, Georgia Brougham and Ruesha Littlejohn came back in with Gemma Lawley missing out through injury. 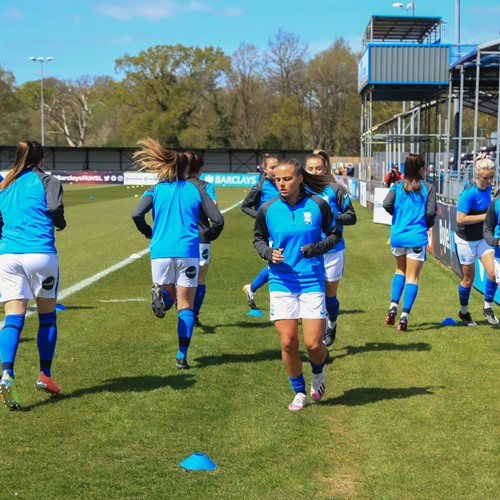 Blues got off to the perfect start with Sarah Mayling’s swirling corner deceiving Royals keeper Grace Moloney and while it was scrambled off the line, Mace was on hand to drive in the rebound.

Reading looked undeterred and bright on the ball from there but that was matched by the tenacity of Blues.

Danielle Carter and Rachel Rowe were involved in most of the away side’s meaningful forays forward but two blue shirts charged down Carter’s attempt with Murray doing the same when Angharad James pulled the trigger shortly after the goal.

More neat Reading moves got broken up, usually before breaching the 18-yard box, and Blues went on to have the better chances at the back end of the first-half.

The tireless Claudia Walker sprang in behind and instinctively lashed a dipping drive towards goal that Moloney had to swat over three minutes before the interval.

Walker then forced some space on the left and while Mayling could not connect properly at the far post, it was kept alive for Littlejohn to hit a close-range shot that was charged down.

The definition of POWER! 💥
pic.twitter.com/0QRWnsMi4k

Littlejohn had another chance to double the lead within three minutes of the restart but her effort from Mayling’s ball was just about kept out through a combination of Moloney and one of her colleagues.

From there, with the wind at their backs, Reading pressed forward but again continued to struggle with fashioning clear chances until the leveller in the 64th minute.

A deep, hanging corner lingered in the danger zone and, in similar style to Mace, Rowe steamed in to fire in through the crowd.

That prompted increased Reading pressure but stoic Blues defending prevented them from completing the turnaround.

Emma Kelly, pushed forward during the latter stages, picked up and drove goalwards late on but her finish was off-target and substitute Lucy Whipp’s hook towards goal was also too high to concern Moloney.

Both teams showed full commitment to chasing all three points and had a chance each at the death, Murray smacking the bar from 20 yards following a half-cleared corner before Brooke Chaplen found Carter who scuffed straight at Hampton in added time. 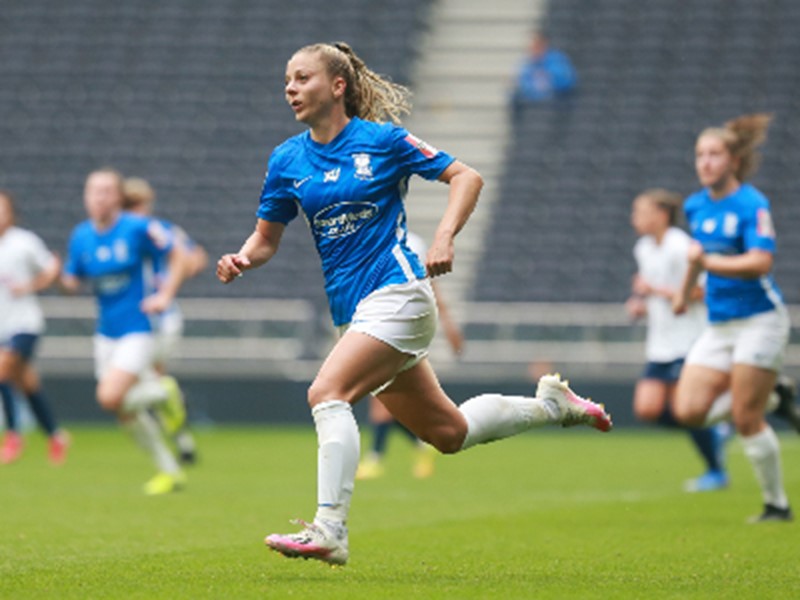