This group is unbelievable, I honestly can’t describe it. I couldn’t be prouder to be part of this squad. These girls are incredible.

After joining Blues from Sheffield United in January, the Greek star only recently made her debut for the club, against Coventry United, after suffering from injury issues.

She then came on in the 58th minute of the side's 1-1 draw with Blues' local rivals, her league debut for the team, and repaid the faith of Head Coach Carla Ward by scoring an injury-time equaliser.

Reflecting on the match, Sarri said: “In the game, I was just hoping that I would get one chance because it was a scrappy game and you couldn’t really get on the ball.

“Wardy was telling me to take it, so the pressure was on. When I went to take it, all I thought was ‘just make it count’.

“When I saw the ball hit the back of the net, I couldn’t believe it. Then I saw all of the girls running at me, the staff and injured players celebrating, you could just see in their faces how relieved they all were and how happy they were, it was the highlight of my career.” 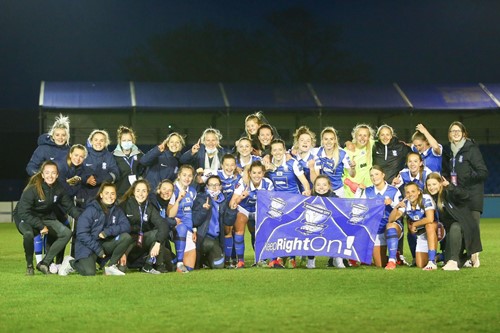 But for Sarri the goal meant more than just any other.

She has worked her way up from the fourth tier of the women’s game and had to leave her family home in Greece at the age of 18 to pursue her dreams.

Having played under Ward at Sheffield United last season, the 23-year-old credits a lot of her progression down to the Blues Boss.

Sarri said: “She has believed in me since day one. She has been an integral part of getting me to where I am now in my career.

“I will always be grateful to her and to score that goal, that meant so much to everybody in the team, it's more than I could ever ask for." 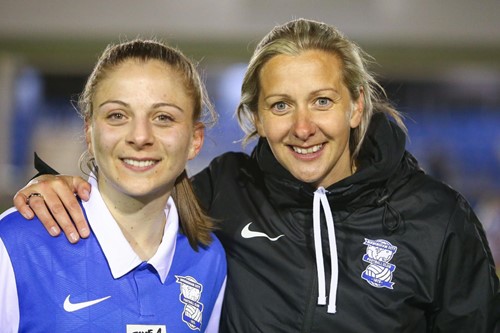 Despite missing several months of the season through injury and not being able to play with the rest of the team on a regular basis, Sarri was full of praise for the way they have welcomed her.

The attacker told BCFC.com: “I’ve never come across such an environment because I haven’t really been involved until recently and the girls since day one have always supported me and helped me get through it.

“They are so positive, all of them, from players to staff. This group is unbelievable, I honestly can’t describe it. I couldn’t be prouder to be part of this squad. These girls are incredible.”

A massive goal from @veatriki_sarri! 🤩

The scenes show just how much it means.

Heading into the final game of the season, Blues' destiny is in their hands, but the forward is adamant that the team spirit remains as strong as ever.

She said: “We are at the stage now where we have been through everything and no matter what happens, nothing will change the togetherness of the squad.

“They are so positive, all of them, from players to staff. Wardy has done an incredible job to get the best out of this group.”